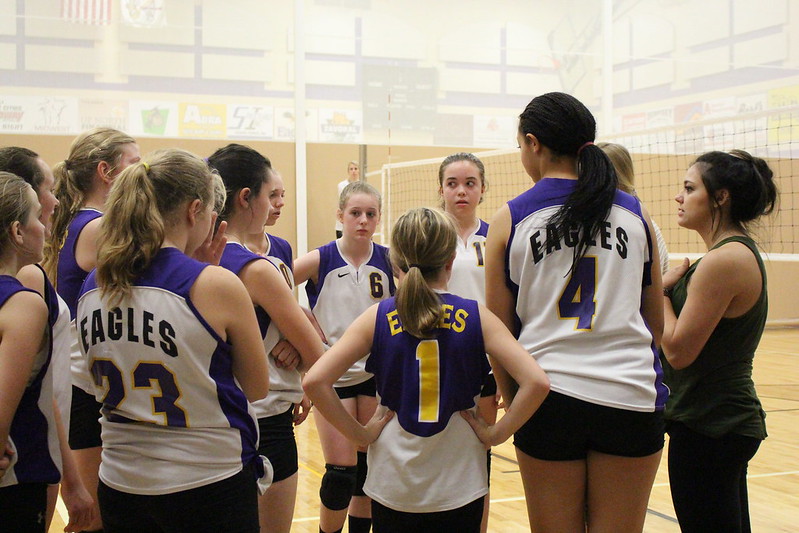 I noticed someone read my blog from a year ago titled Parents and Coaches Are Crazy but My Daughter Gets It and it got me thinking….this year, wasn’t so bad.  In fact, I really enjoyed volleyball this year.

I’m sorry to report that we were not around some of the same parents that were involved with the craziness last year. Their kids were moved up a squad which was just fine by us.  We didn’t have the constant yelling to let them know they weren’t playing very well. Not all kids thrive on that.

We had a different coach this year too.  At the same tournament that we became exhausted at last year these coaches and another parent who I have come to like, said that some of these girls are soft and need to be approached differently.  The coach figured it out during our second game (after they got creamed the first game) that these girls don’t thrive on yelling but thrive on encouragement.

Not all kids are the same and I believe you need to treat each one differently as much as you can. There is a tipping point however when everyone is being a ferocious lion and you have one person being a mouse.  If the mouse cannot be dealt with due to various reasons, the mouse may get his or her feelings hurt.

But I digress and am getting off point.  This year, volleyball was enjoyable.  I was sad when it was over. Better still, my daughter enjoyed it and played much better this year too.  The coaches knew it too.  Kaitlyn was able to manage any spot she was put in.  Her lone weakness is her serving, so we will hit that hard but she really improved overall. 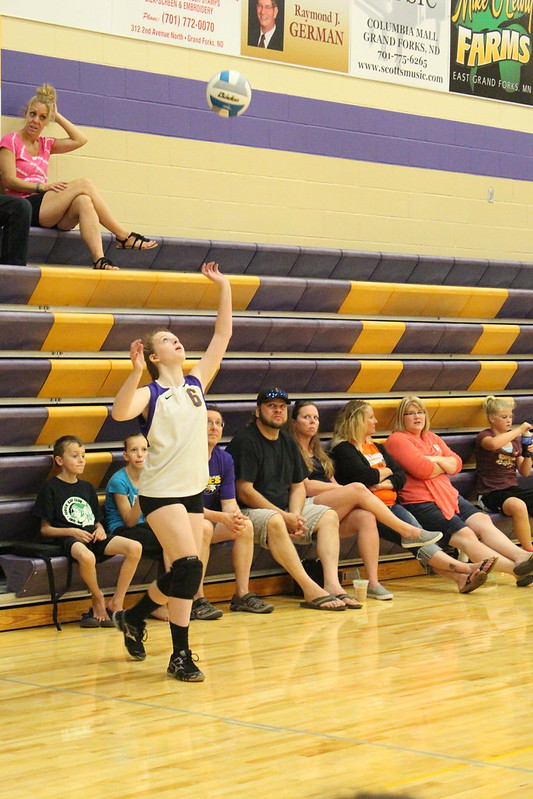 They didn’t do so well at the first tournament this year at our school but when they traveled to this other school, they did much better. They lost their first game, won the second, lost the third and they were in the lower bracket after reseeding.

My daughter did great! 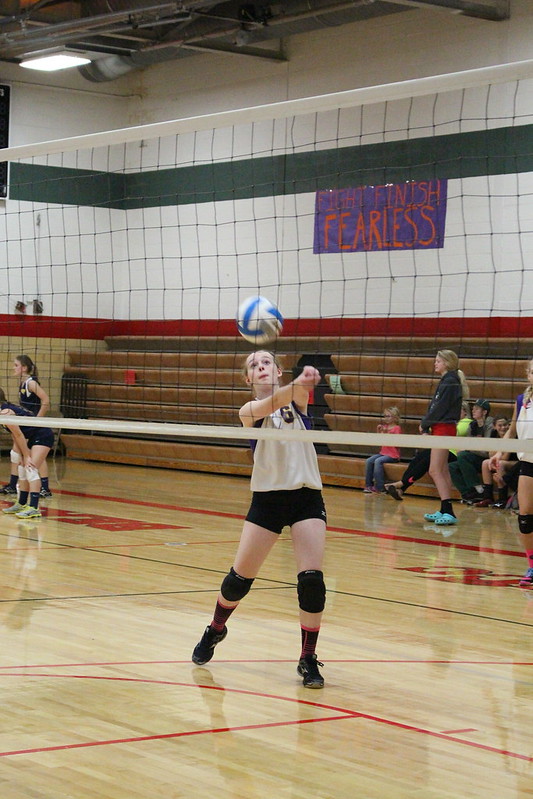 Today they had her play middle. She is not the tallest but really, neither are any of the other girls. She always wanted this chance and now she got it! 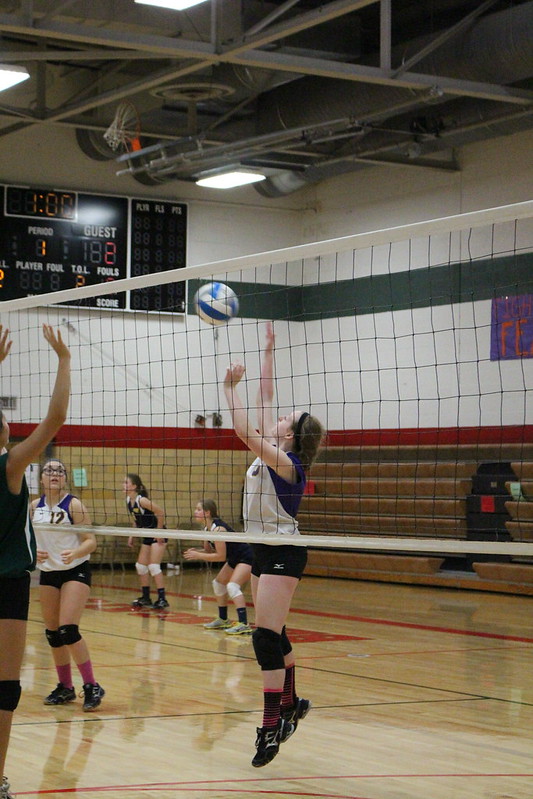 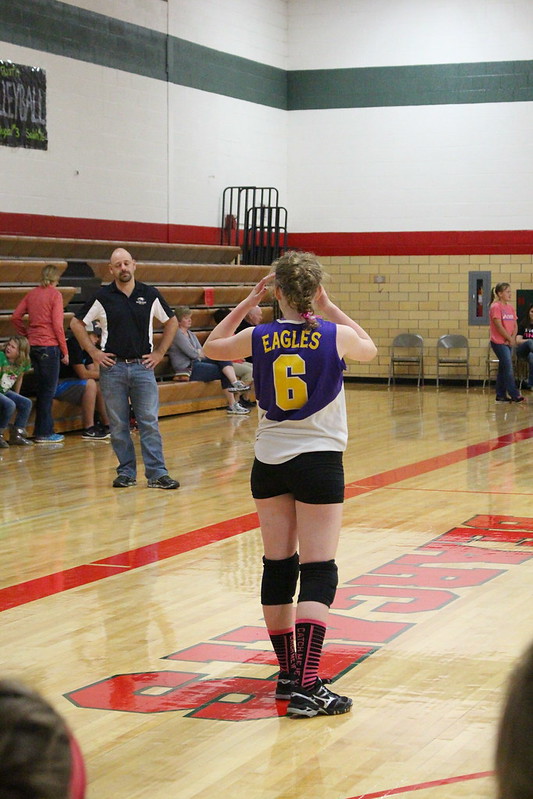 That’s me being line judge. It looks like my daughter is talking to me but she really wasn’t. Let me tell you it’s hard to be line judge and not being able to cheer. Our girls once thought I called a ball in when it should have been out however I clearly saw it hit the line.

They won their first game, second game, then on the third game they lost the first set but worked hard and won the second. The tie breaking third 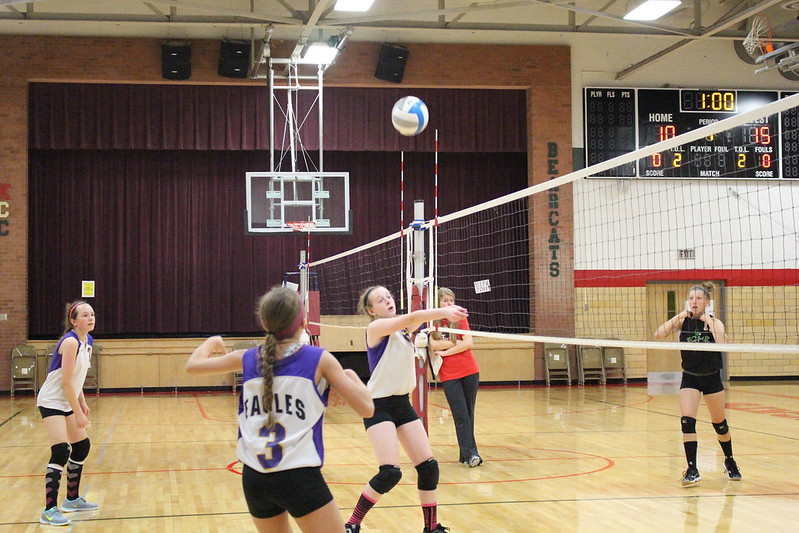 //embedr.flickr.com/assets/client-code.js
Match point. Here is Kaitlyn bumping it over to her teammate for the set. 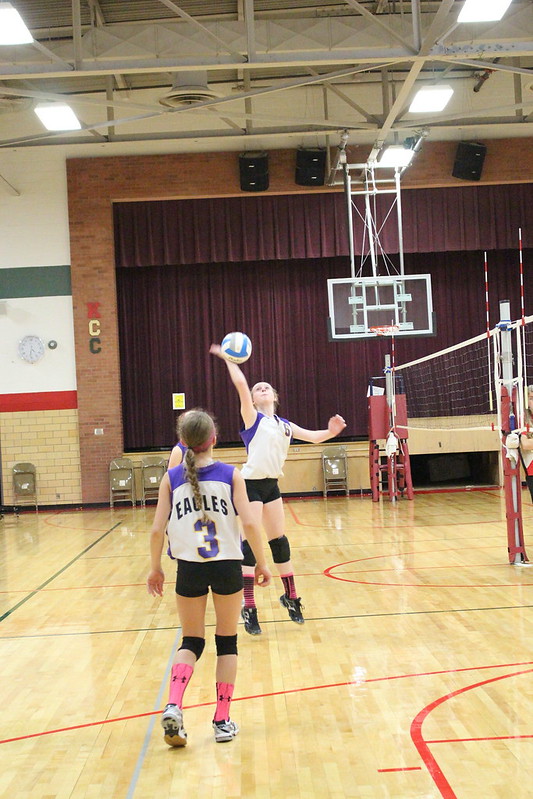 The set is up for Kaitlyn to kill. 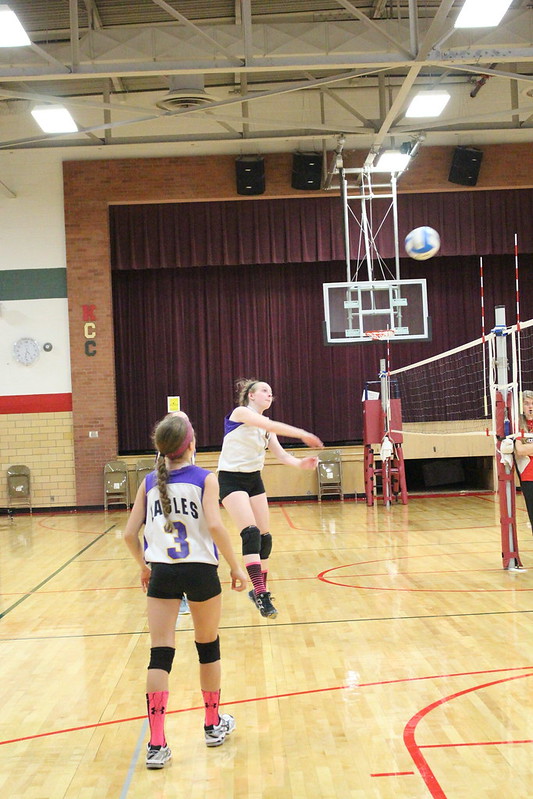 The ball hits the net…drops over the other side AND….. 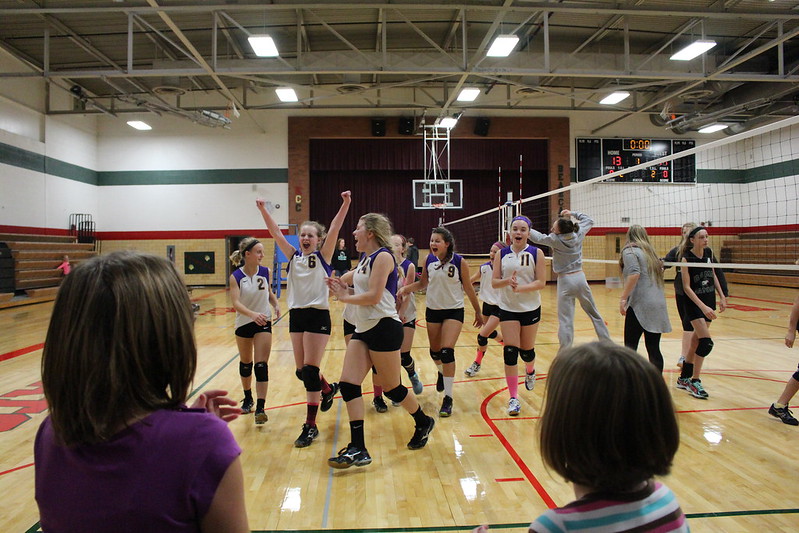 I was so proud of them. We were so proud of Kate. My wife and I both had tears in our eyes because this was the best Kaitlyn had ever played and possibly had it not been for her, the outcome may have been different. It was great to see her work for something she had a passion for.

One of the other girls said this was the first medal they ever got in volleyball. This girl was one of the girls that got moved up a squad. *cough *cough Her parents never showed up this day for some reason. *cough *cough

Through it all however, once again, this is what mattered most to Kaitlyn…. 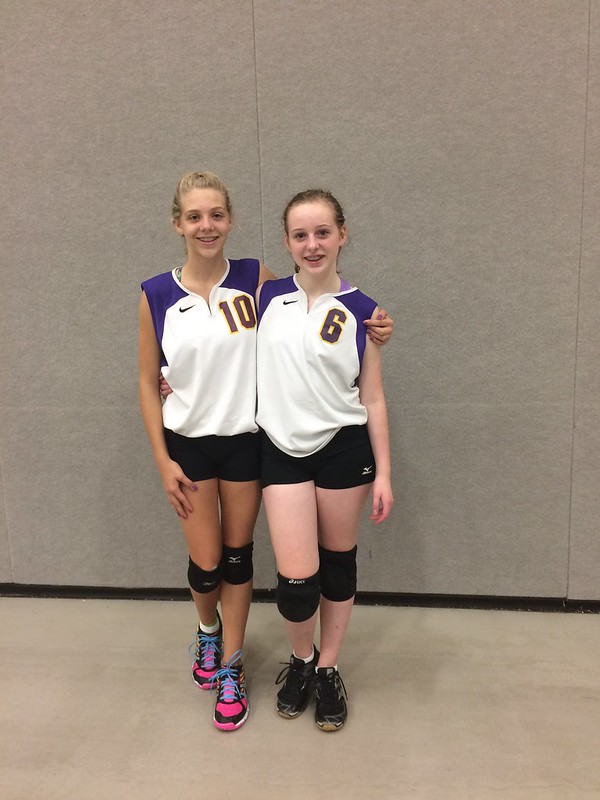 Her friends.
She continues to care about them and is so happy when she gets to play with this particular friend because she coops in from another school to play volleyball.

Winning is great! Builds character. Teaches you how to fight for something you want. I saw that in Kaitlyn this year more than last year. She wanted to win and I applaud her for that. I am proud she found something she is passionate about. That is important in life. But when she looks back on this years from now, it won’t be all about the W’s and L’s, this is what she will truly remember…. 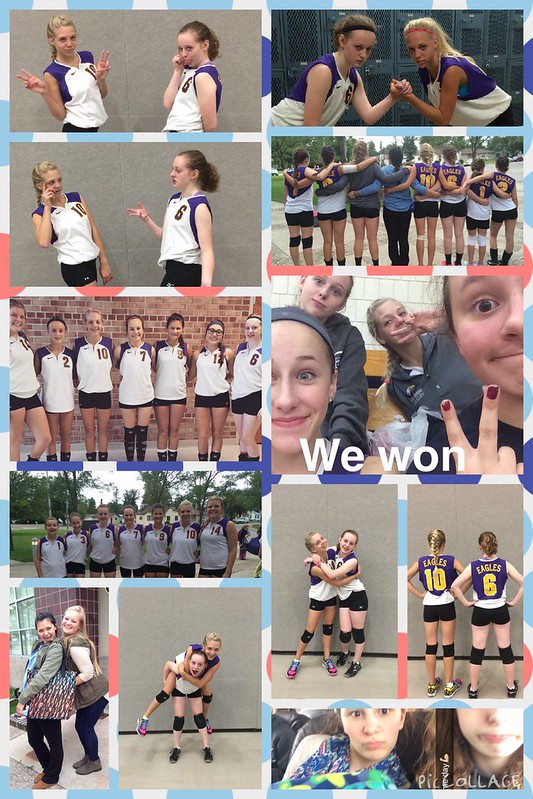 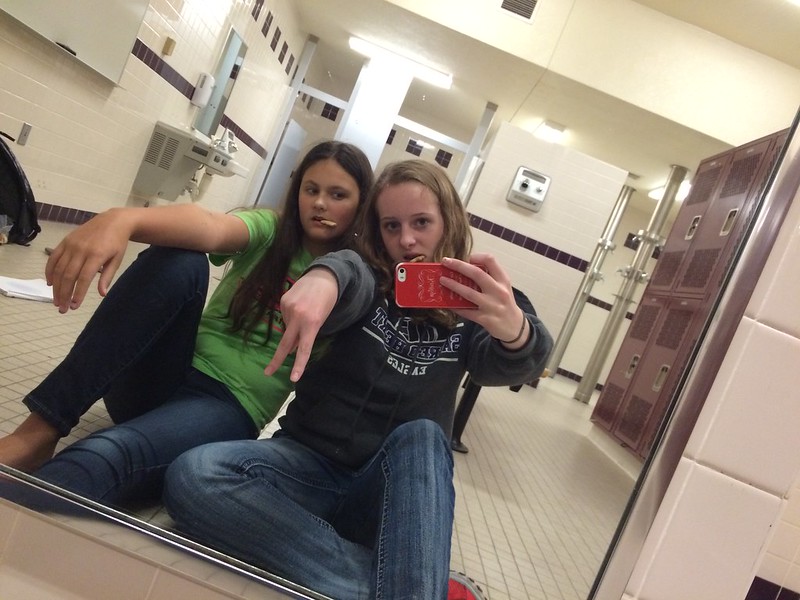 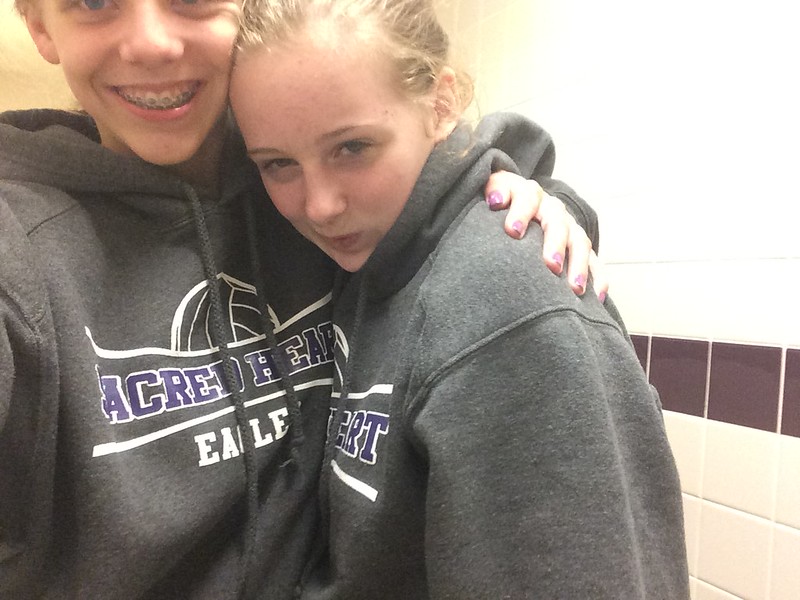